Applications for our business accelerator program are now open!

The Academies by Harvard Student Agencies features guest speakers in all of our summer programming. These guest speakers are Harvard undergraduates, alumni, graduate students, and/or faculty that have pertinent experience in their field. Students are given the opportunity to hear directly from professionals and ask them further questions about what it's like to enter a certain career. Below is a gallery of just some of the amazing speakers we have lined up this summer and a little background information about them. 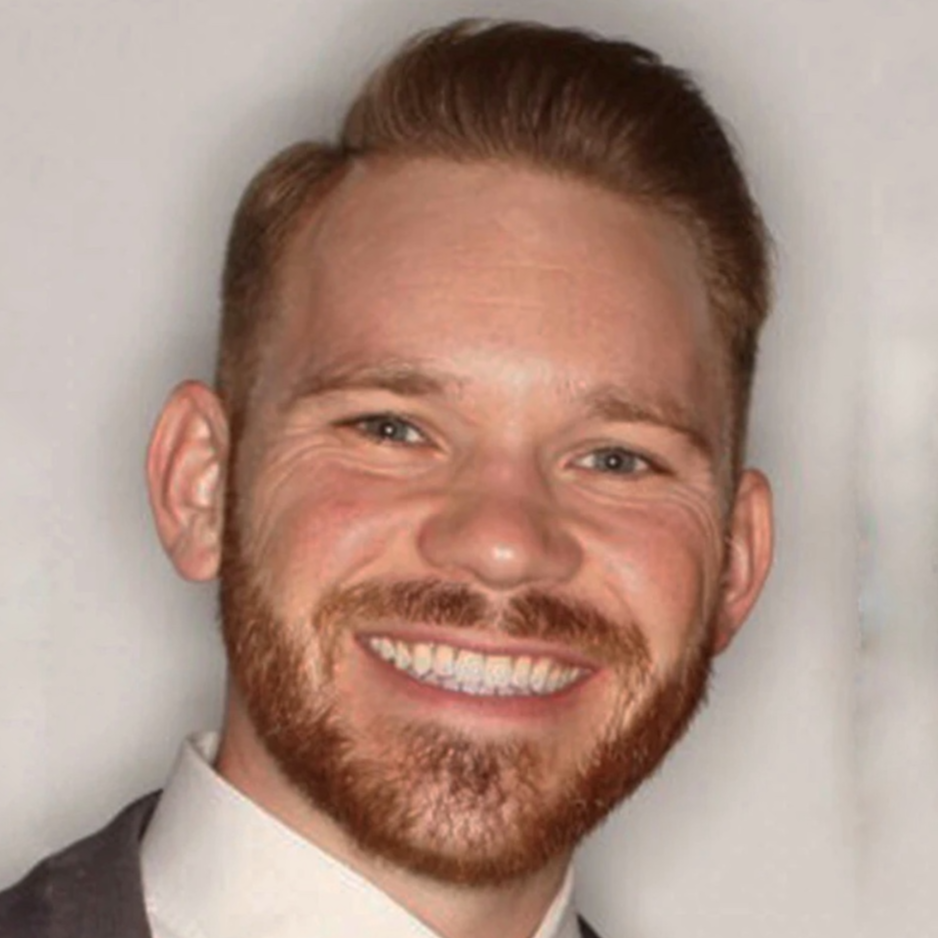 Daniel graduated from Harvard University in 2007. While a student there, he co-created the iconic "Hahvahd Tour," ranked by TripAdvisor as the #1 attraction at Harvard. Over the past fifteen years, Daniel has operated travel and tour businesses in five states including Massachusetts, Connecticut, New York, Pennsylvania and Virginia. His businesses have employed hundreds of people and served millions of visitors from all over the world. In 2013, his company, Trademark Tours, was named a business of the year by the Small Business Administration. In 2016, Daniel was selected by “Groups Today” as one of the top 10 next-generation travel entrepreneurs in the United States. He is a board member of the Harvard Square Business Association and The Greater Boston Convention & Visitors Bureau. Outside of work, Daniel enjoys spending time with his wife and children, playing the piano, community development, yoga, reading, skiing in the winter and golfing in the summer. 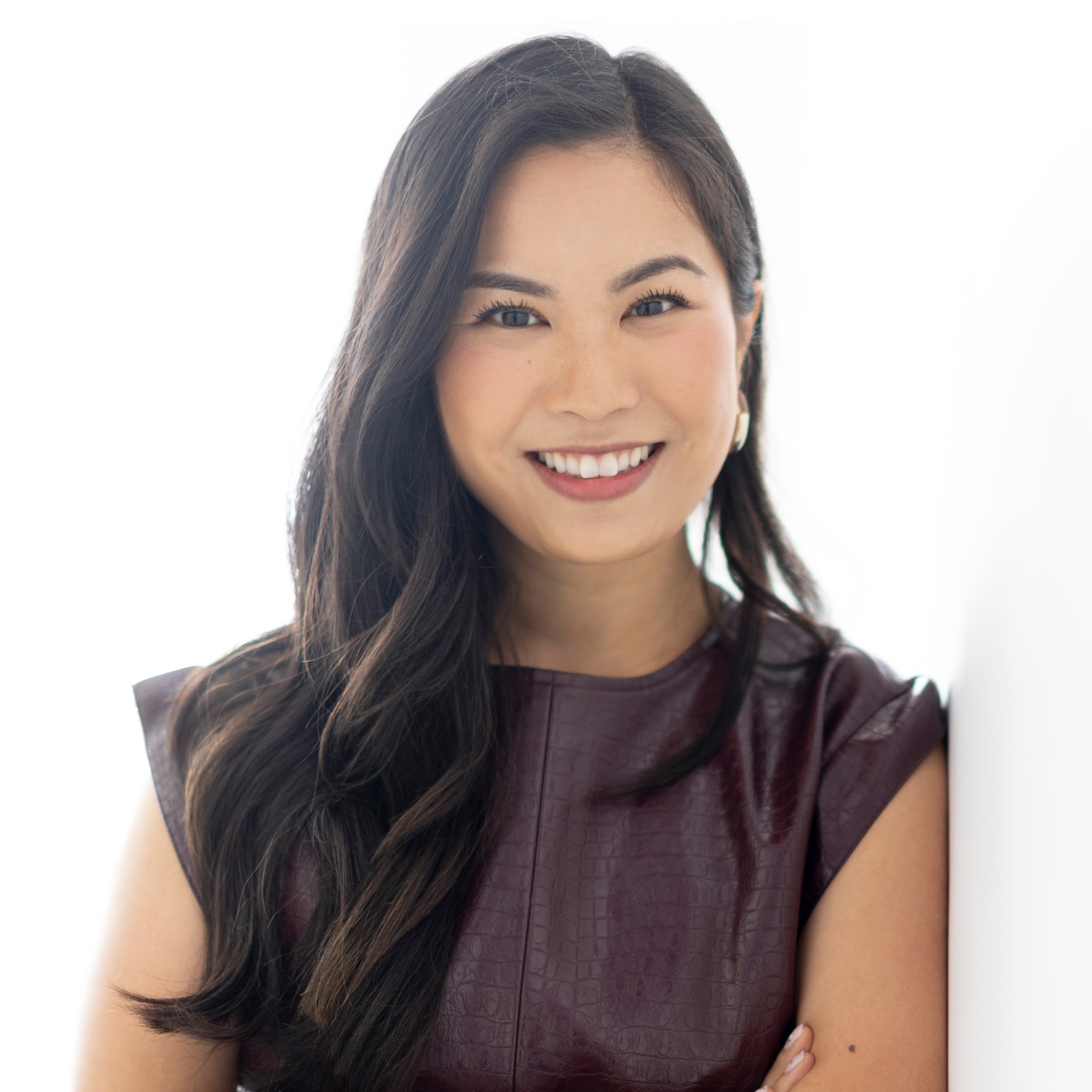 Annie is the Co-founder, Chief Product Officer, and Creative Director of Her Campus Media, the #1 media portfolio for college and Gen Z women, comprised of brands Her Campus, Spoon University, College Fashionista, InfluenceHer Collective, and Generation Hired. She works across all three areas of the brand-publisher-agency business and leads the product & engineering, design, and integrated marketing teams to deliver engaging and impactful experiences for Her Campus Media’s student community, audience members, and client partners. Annie is a life-long learner passionate about facilitating growth and success for the next generation. Annie is a Harvard dropout-turned-graduate, Forbes 30 Under 30 honoree, TEDx speaker, and mother to her one year old son. 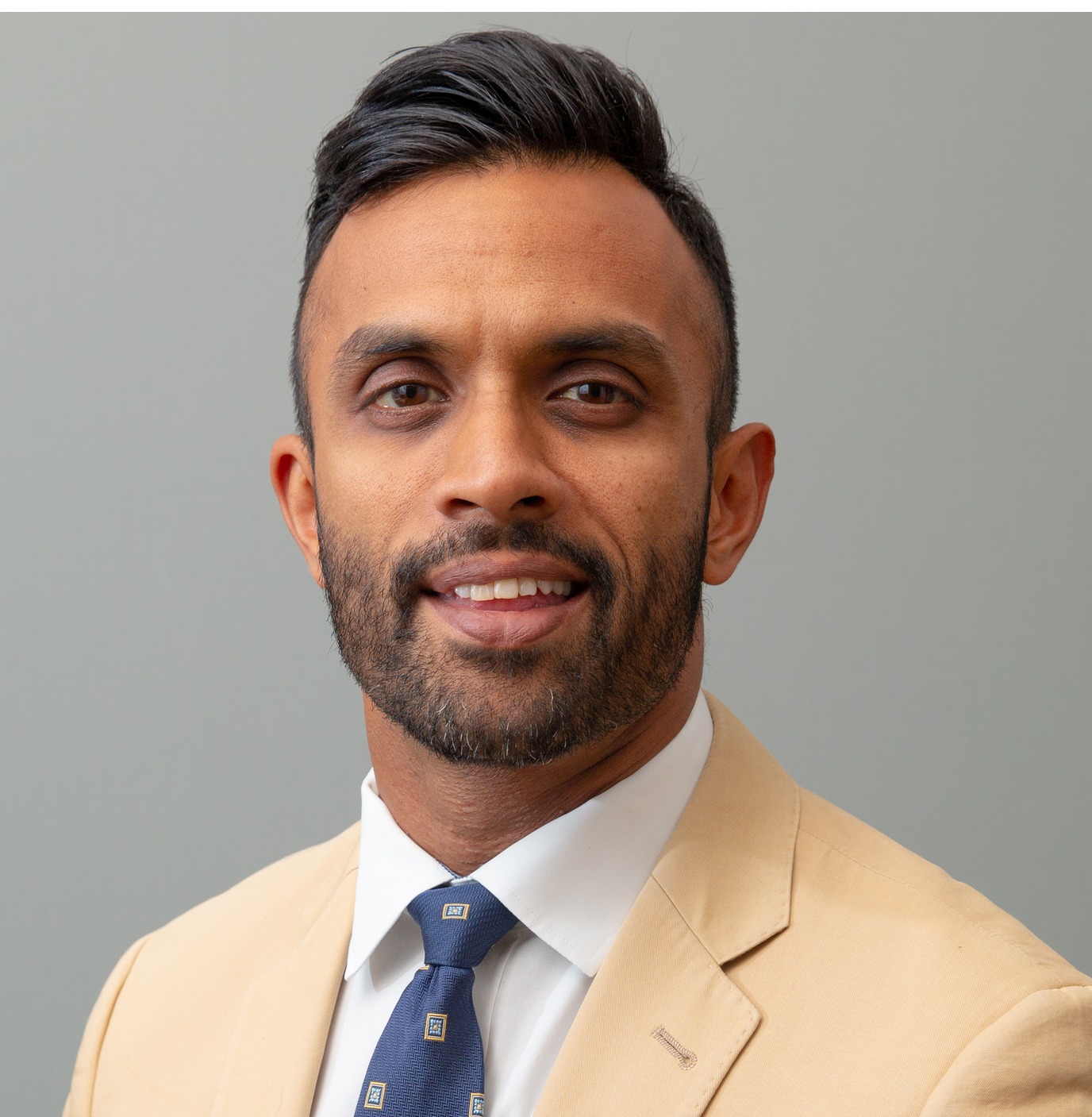 Avik Chatterjee, MD, MPH, is an internal medicine- and pediatrics-trained primary care physician at Boston Health Care for the Homeless Program, and an Assistant Professor at Boston University School of Medicine and Boston Medical Center. Clinically, he sees adults and families in shelter-based clinics throughout the Boston area. In addition to providing primary care and urgent care, he is addiction medicine board-certified, and his specific clinical interests include low-barrier treatment of opioid use disorder and alcohol use disorder, as well as interventions to address food insecurity, among people experiencing homelessness. He grew up in Raleigh, North Carolina, and went to Harvard College and the University of North Carolina’s School of Medicine. He did his residency at Yale-New Haven Hospital and a fellowship in General Internal Medicine at Harvard Medical School. His additional interests include the pursuit of racial equity and social justice in addiction treatment and in medical education. 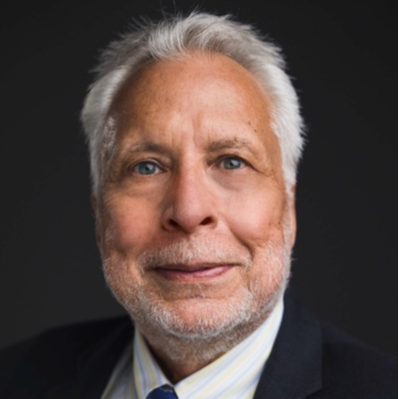 James Carras is a Lecturer at Harvard's Kennedy School of Government as well as a Fellow at Harvard's Advanced Leadership Initiative. His focus is on racial equity and economic development. He has over thirty years of consulting and teaching experience. 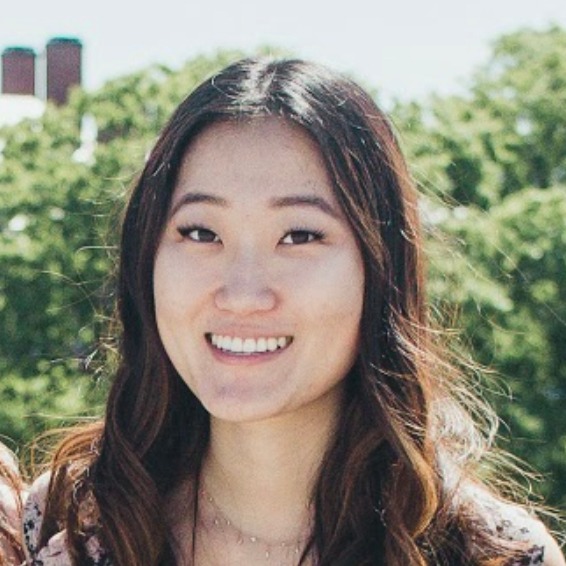 Debbie Park graduated from Harvard College in 2019 with a concentration in Government and a secondary in Psychology. Since graduating, she has worked at an international law firm called Kobre & Kim where she did work related to Government Enforcement Defense in the healthcare space. During college, she interned at the legal department of a major retail company, the Los Angeles District Attorney's office, and the Legal Aid Foundation of Los Angeles. She accepted to Harvard Law School under the Junior Deferral Program and will be starting my 1L fall of 2021. 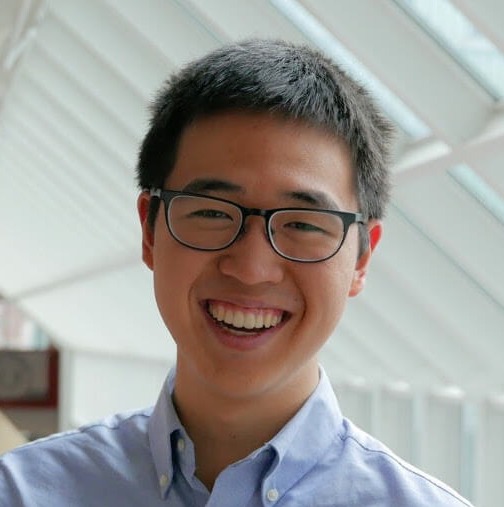 Scott Xiao is a Harvard dropout turned digital health entrepreneur who has co-founded two companies in the space — Luminopia and Odin. He is currently the CEO of Luminopia, a digital therapeutics company developing a groundbreaking new treatment for lazy eye. In 2020, he was named to the Forbes 30 Under 30 list for healthcare. 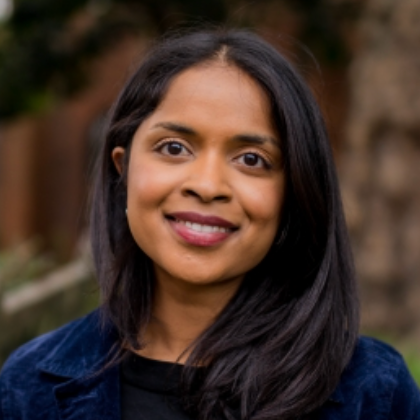 Sechi is currently a Master in Public Administration student at the Harvard Kennedy School. At the Kennedy School she focuses on digital government. Prior to Harvard she was on the Civil Service Fast Stream in the UK Civil Service where she held a variety of roles ranging from being a project/product manager on a Modern Slavery project in the UK Home Office to being a programme manager in the Brexit Negotiations Operational Readiness programme in the Department for International Trade. Before entering government she completed Teach First. She holds a BSc in Philosophy and Economics from the London School of Economics and an MSc in Development Economics from SOAS, University of London. 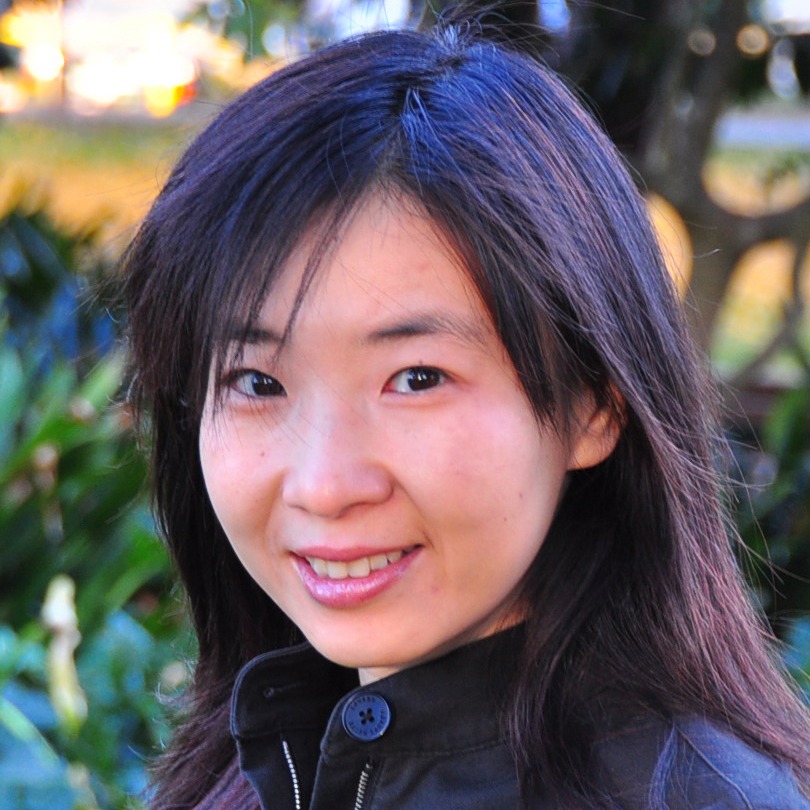 Dr. Jessica Sang, CEO and Co-Founder at Accure Health, is a woman entrepreneur with extensive experience in biomedical research, technology development and commercialization. Prior to founding Accure, Dr. Sang was a research investigator at Harvard University where she focused on developing cutting-edge technology platforms for cancer liquid biopsy. Earlier in her career, Dr. Sang worked at Genentech and successfully led international studies across six countries to identify novel targets for cancer diagnostics and therapeutic intervention. She served as Principal Investigator (PI) of research programs funded by the National Cancer Institute. Her work in cancer, genomics and proteomics has been published in leading scientific journals, including first-author publications in Science and Cell. Dr. Sang is a member of the American Association for the Advancement of Science (AAAS), the American Society of Clinical Oncology (ASCO), and the Forbes Business Council. She received her Ph.D. in Molecular and Cellular Biology from University of Washington / Fred Hutchinson Cancer Research Center, where she was an HHMI Graduate Fellow. 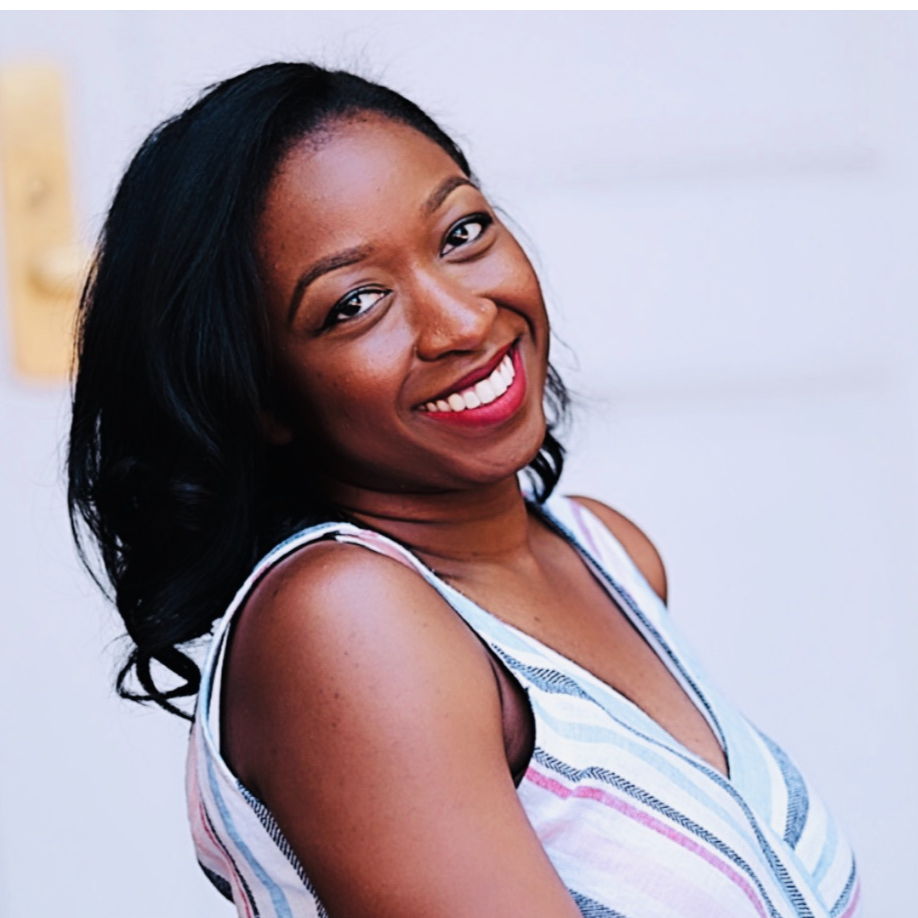 Dr. Oyetewa Oyerinde (Tewa for short!) is starting her final year of dermatology training at the Harvard Dermatology Residency training program. She was born and raised in Atlanta, Georgia and earned her B.S. in Sports Medicine at Howard University in Washington, DC. Dr. Oyerinde then went on to obtain her medical degree from the University of Illinois at Chicago College of Medicine, where she served as a peer educator, and was inducted into the Gold Humanism Honor Society upon graduation. She later took a year off from medical school to conduct research at the National Institutes of Health. Her interests in medicine include healthcare disparities, pigmentary disorders and skin of color. She is currently a pre-med tutor in Currier House. Outside of medicine, she enjoys traveling, performing spoken-word poetry, and writing for her blog (www.notanotherdoctorblog.com). 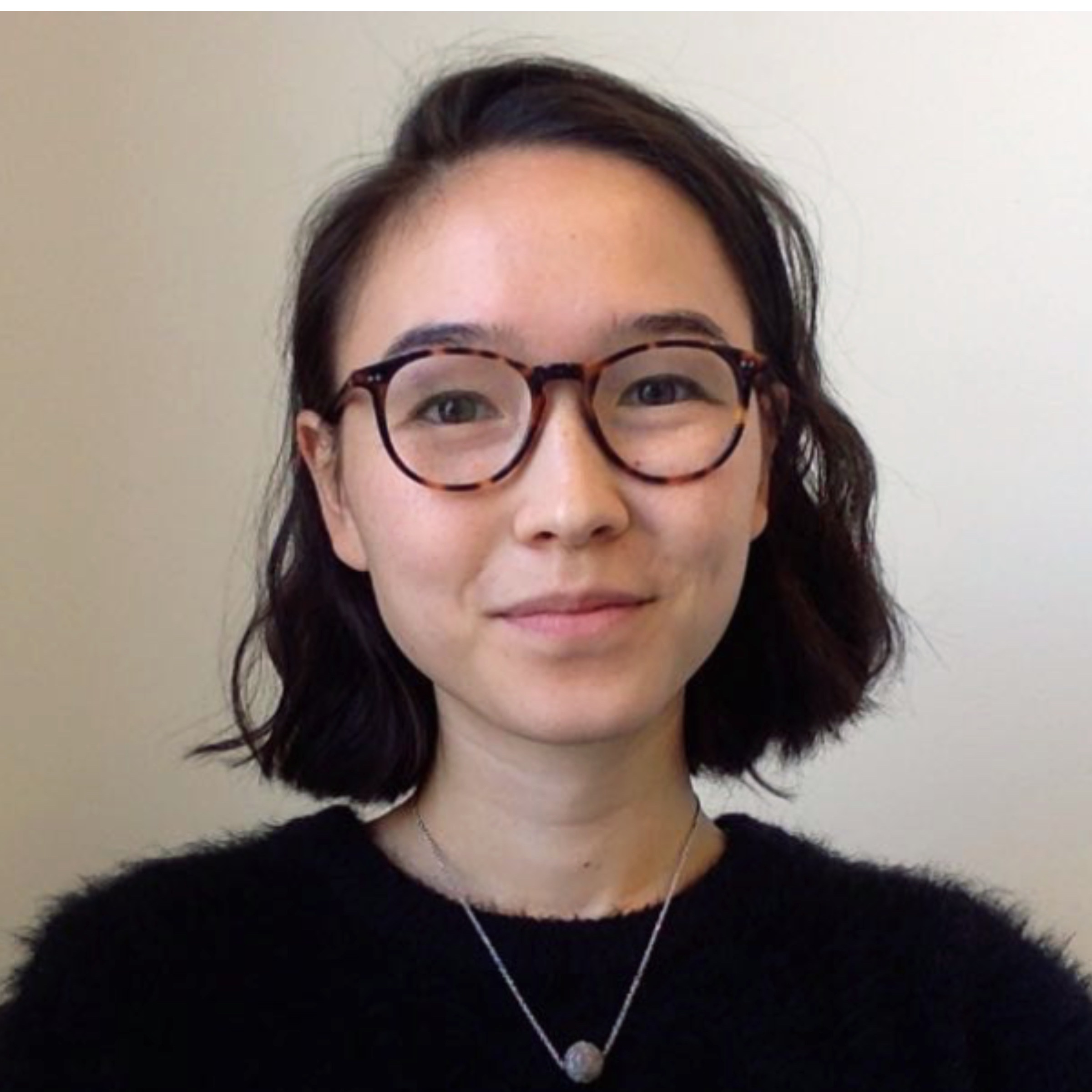 Sienna is a first year student at Harvard Medical School, Class of 2024. Before medical school, she majored in Biomedical Engineering at Yale, graduated in 2018, and spent two years working in regenerative kidney research at the University of Washington, Seattle. She is an Oregon native and loves hiking, cooking, and walking her dog. Her medical interests include pulmonology, transplant medicine, nephrology, and radiology. 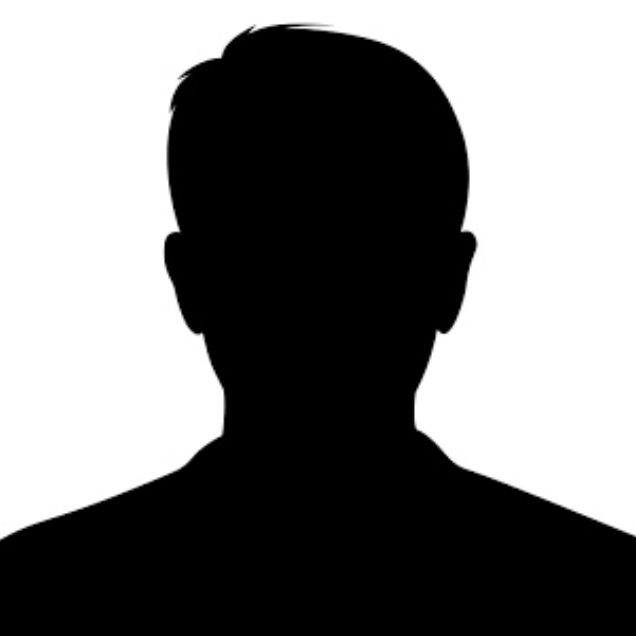 John E. Dowling is a neuroscientist interested especially in the visual system and the retina of the eye. Dowling taught introductory neuroscience at Harvard for more than 30 years, and presently teach a Freshman Seminar (using my own book; "Understanding the Brain: from Cells to Behavior to Cognition". He was an undergraduate at Harvard focused in Pre-Medical Studies. After spending two years at the Harvard Medical School, he took a leave of absence to continue research he had started as an undergraduate. He is still on that leave. In addition to his position as Professor of Neurosciences in the College, Dowling is also Professor of Ophthalmology at the Medical School.

Nina Chen grew up in Brooklyn, New York. After earning her Bachelor's degree in Computer Science from Harvard College, she joined Google in New York as a Software Engineer to explore her passion in solving engineering problems and creating usable platforms. She began her journey in Software Engineering during her freshman year at Harvard College through CS50, Harvard's Introduction to Computer Science course. She became a teaching fellow for CS50 and earned a Harvard University Certificate of Distinction in Teaching award. During her free time, Nina enjoys reading books, learning the piano, and playing league of legends.